Emanuel Harrold is a multi-GRAMMY Award nominated, winning drummer, producer, and educator and he’s also a self thaught musician ! For this song, he is accompanied by the great Gregory Porter author of several successful albums such as Water and Be Good, Gregory Porter is a two time Grammy winner.

Alongside this single, he also announced his upcoming new album “We Da People”.

‘I Think’ is the idea when the first time a person realized they fell in love. It can be universal for family, a partner, a pet or even fall in love with yourself and the person you are becoming to be. The colour of the video is yellow to symbolise joy, social relations, brotherhood and good mood.

“I think I love you, sing it out, scream it out”

The new album “We Da People” marks an exciting and important new chapter for Harrold, perfectly exemplifying his soulful and future-thinking sound. Despite their proximity, his recent EP “Funk La Soul” and the new album showcase both an evolution and at times an entirely different insight into his musical direction. The title track “We Da People” combines elements of R&B, jazz and funk, with effected synth, minimal guitars and bass, alongside a powerful spoken word verse by GRAMMY-winning actor and musician Malcolm-Jamal Warner.

For those who have heard Emanuel Harrold’s playing in the past, this release will arrive as an exciting exploration of Harrold’s musical mind, and for those who have yet to hear him, there is no better time to discover his work.  ‘We Da People’ will be out on all platforms for released January 2023.

‘I think’ you should definitely check it out ! 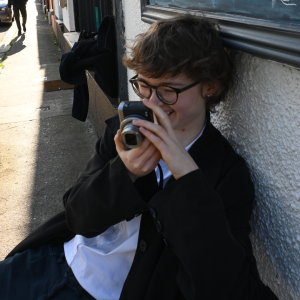