In her newest project titled “Say Less < Love More”, the born and raised Californian rapper Gavlyn surrounded herself once again with her long-life friend and producer, DJ Hoppa.

For this new body of work, you can appreciate Gavlyn’s intention to blend Old School Hip-Hop vibes to Jazzy tones. While doing so, she manages to integrate motivational and enthusiastic lyrics, which creates her own balance.

Throughout the whole album, she invites you to “Take It Slow”, focus on “Self Love” and exercice your “Creative Muscle”. She even started this album by a short meditation session : “Close your eyes, this time is for you and you alone. Take this moment, allow your mind and body to relax.” This tells a lot about her writing approach and her desire to get everybody to take care of their Mental Health.

“This album means a lot to me because it’s the most healing record I’ve ever written. People forget how powerful words can be, especially when said out loud. This has affected me as a lyricist, so I’ve been making it a point to have my words build the house I live in. The motivation is growth in all ways.”

Already in her 2018 project, “Headspace”, she revealed a true interest in preaching a psychological, emotional and social well-being. Letting go any form of insecurities and feeling free to express oneself are real leitmotivs that she tries to promote by any means. Motivation is recurrent in her songs:

“Never stop dreaming, stay focus, manifest, […] one step at a time, there’s a purpose to this mission”

On a mission to save the genre

Staying true to her Hip-Hop roots has been a constant quest in her career, which led her to work with an independent record label, Broken Complex, for the past few years now and it has not disappointed yet.

In our previous reviews, similarities were found between Kendrick Lamar’s debut albums and this young and promising rapper’s universe, as she once confessed that he is a big source of influence. She allows West-Coast Hip-Hop culture to live on, with refreshing rhythms coming straight from San Fernando Valley, CA. She’s recently been seen in an documentary giving tribute to Snoop Dogg:

Besides, DJ Hoppa really did an incredible job producing “There’s only one”, making you believe that you are listening to a DJ Premier production with Rakim on the microphone.

Eventually, she will successfully finish this very inspiring and thrilling project by saying “That overthinking never gonna work for you”, so “Stop Tripping” ! 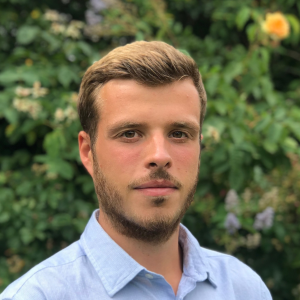