Peyton Stilling shares her Healing process with a new single.

One step forward, two steps back

Remind myself that this won’t last

The doubts and distractions

I will get past them.

When she is down and has to overcome tough times in her life, Peyton Stilling does it with music and comes up with a new single called Healing.

Inspired by artists like Maggie Rogers, Lianne La Havas or John Mayer,the young pop singer-songwriter from Dallas started releasing songs in 2019 with her debut single Forest Through Trees and some good tracks like Out of Mind or Love Language keep on coming since then.

She’s now working with the Grammy-nominated production team Locknkey, composed of Moses Elias and Robert Sewell. Fruit of this collaboration, the single Healing is a polished pop production that gets you with its honesty.

Let’s take a closer look at the song and its context.

Healing was written during quarantine. I’d just broken up with my boyfriend and had to move back in with my parents, and I had no money or job. I had all of this time on my hands, but felt no motivation to write anything.

Peyton Stilling about her single Healing

When it all came down at once in her life, Peyton Stilling had to take some time for herself and start her healing process.

She used her songwriting as an outlet to tell the naked truth about her feelings and emotions, making it a form of self-therapy to get over the difficult situation she was in.

That’s what the song Healing is about, reminding us that it’s okay not to be okay and that it takes time to recover from all the troubles life can bring. The track is driven by a minimal clapping beat that slowly builds up and a bass line mixing synths and double bass sounds.

The heavy atmosphere is set by the instrumental and Peyton starts telling us all about the phases she went through when she was obsessed by her fresh breakup:

Go out with friends, get drunk again, I play pretend it’s fun to numb the pain (…) I tend to let myself get carried away.

Through a catchy melody and sultry vocals, Stilling shares genuinely her doubts and emotions to bring us to the conclusion that she made:

“Healing is such a measure.”

The single is a soulful pop song that invites you in the songwriter’s private space and makes you feel closer to her.

Peyton Stilling is a young emerging artist that’s definitely worth some interest, so keep an eye on her and have a listen to her new song Healing. 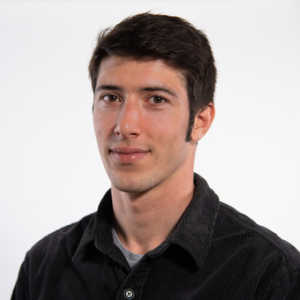