When the four corners of this cocoon did eventually collide, the beauty of Kendrick Lamar’s master piece then shined bright

Inspiring, moving, touching… this album, is actually a complex of emotions, ideologies, and cultures.

If this was a movie, TPAB would be the perfect conclusion of a great trilogy, from Section 80 to the Return Of The King

The visions flowing over Kendrick’s mind gets more obvious with this last project. Let’s dig it track by track, shall we?

Firs of all, let’s say that the unreleased track ‘Untitled’ sums up quite well the ideas packaged in the album.

Although deeply personal and self-centered, the overwhelming sounds and vivid lyrics,

Other reviewers, such as one of the busiest ones, The Needle Drop Anthony Fantano, say it’s not a story album like GKMC.

This statement is true but inexact: more than a story album, this album is a whole apologue, a fable, even a movie.

Each track and instrumentation makes you visualize a specific protagonist’s state of mind, in a specific localisation, at a specific point of the story.

This is the introduction to the whole apologue. By saying “Your horoscope is Gemini, two sides”

It reveals the blueprint of the album: this explains why much of the songs consist in 2 parts, 2 different movements.

This refers to the conclusion too, with this final poem where Kendrick says caterpillar and butterfly are completely different, but the same person at the same time.

By the way, we get the feeling that Kendrick compares himself to messenger such as Jesus Christ, considering the number of time he quotes “Nazareth” and by his mission of love and peace, and his fight against evil Lucy temptations.

This track situates us at the caterpillar phase, longing for the music industry, and success,

In an environment made of surrounding temptations: money, sex, consumption, excess… self-destruction.

“You was my first girlfriend” is a first metaphor for the music game: dreaming of success, cherishing this dream,

And acting a fool when success eventually meets your way ; gaining influence and being tempted to misuse it.

With this jazzy and gospel instrumentation, put in scene as a spoken word/comedy show,

it deals humoristically with sex and consumption. If you notice the lyrics in his performance Untitled at the Colbert Report Show,

He says, talking about the black man : “a piece of nookie, […] I need to push me into the limits, doing all for a woman” or “nookie is power, cut on a new chick every night”.

Sex, put on pedestal, is obviously seen a source of influence and power, “nookie” meaning “vagina”.

Once again, the success of a young talented and black star can rhyme with excess misusing influence.

One of the most important tracks indeed. The praise of blackness in here is more obvious than in Wesley Theory claiming “every nigga is star”.

For information, Black Portraitures is an artistic movement putting the Black Body in the West on a pedestal.

The idea behind sums up as following: exploring the ideas of the production and skill of self-representation, desire, and the exchange of the gaze from the 19th century to the present day in fashion, film, art, and the archives ; these images, both positive and negative, exposed to define, replicate, and transform the black body.

King Kunta actually illustrates the fact that TPAB is a Black Portraiture. What is fascinating is the concept behind Kunta.

Hip Hop culture knows about Kunta Kinta : one of 98 survivors over 140 Africans during a trip on a slave ship. While being slave, Kunta never left his dreams of liberty and tries to escape. Reminds of Hiii Power with the verse “get up off that slave ship”.

Yet, there’s another idea behind Kunta: Kunta is also a nomad tribe, instrumentalized to spread the message of their religion.

Thus, Kendrick identifying himself as Kunta, a Nomad King back in town, means a lot.

Plus, this refers to what he was teling since Section 80 : Kendrick always said he was there because he was “ordered to”, on a mission, haunted by th visions of 2Pac, Malcom X and MLK.

Instrumentalized again: the whole funky spirit (G Funk) of the album takes sense here: “the funk shall be within you”

And the funk he shall spread to its community, no more compromising.

But, what is beautiful in all this blackness praising, is that it doesn’t excludes other races >>> Can the black body be de-racialized to emphasize cultural groupings encouraging appropriation and varied performers across racial  lines (fuck your ethnicity)?

The constant idea in Kendrick Lamar’s universe that hip hop hypnotizes takes place in this song.

Mesmerizing and poison tasting like Cartoon & Cereals, dealing with bad influence of the “neighborhood ruse”

This track is the actual entering into the cocoon.

The cocoon being the ghetto in which the protagonist of the story feels trapped, money slave

The introspection begins, the return to reality starts off.

By the way, with the grandma impression, this track reminds of how much Kendrick stress staying humble and true to himself.

Beside the humility question, it’s one of the first tracks that shows off Kendrick’s social awareness, and

Another problem in Black culture: sometimes, once one gain influence and enough money to feed himself,

And enjoying the excess of life, he tends to forget his peers and the community.

We’re locked in the cocoon, in the walls of its room sweating all kind of emotions.

Yet, before figuring out we’re alone in a hotel room, the sexy vibes in this song actually let us know that these walls

Stand for what is the most intimate, what is the deepest treasure after your soul, what is as precious as gold:

This is at first the vagina. Describing the beauty in it reminds again of the ideology of the Black Portraitures.

These walls stand then for that beautiful and vulnerable butterfly that the catepillar is about to crush and pimp and destroy.

Penetrating into his own mind is messing him up: this deep introspection leads him to deep depression,

Upon a psychedelic jazzy keyboard playing its black and white keys

This is the perfect transition to the track “U”.

Left back against the wall of his vulnerable loneliness, the most important battle he has t fight for, is a battle against himself.

His subconcsious seems to elevates out of his body or mind, and starts to speak his bitter feelings and hatred.

Depression can be your self being divided into two parts: one part fights to lead you to victory and reach the beauty of life

While the other part fights to bring you down, breaking down the walls you would have build up.

Once again, this shows how much TPAB is the most personal Kendrick’s album, although this situaton touching so many of us.

This song may be the most important one: this is the key moment when you can make an effective change in

Your life, in your neighborhood, in your community, in your familiy, in your world ; the actual change starts with yourself.

The first clue of this conclusion stands in the grandma’s voice, in “Institutionalized” .

Kendrick Lamar, inspired by Michael Jackson, spreads himself too the message that to make a change,

You have to start with “The Man In The Mirror”.

Since this track, co-worked with Pharrell Williams, the “Happy” author, we figure out his obvious ways to survive, is to keep his Faith.

Just like the art cover of Section 80, the Bible under the condoms and gun shows a human being, sinner yes, yet who looks for answers and tries not to destroy himself, finding anything that could save him from the “evils of Lucy”.

As Kendrick says: “But if God got us, then we gon’ be alright”.

This interlude translates the temptation itself, the sweetness of the Lucy hiding a hellish bittersweet taste of poison.

The instrumentation is as seductive as the devil itself and it feels  like you can’t help it.

This song is actually, the Return of the Prodigal Son

His beloved momma, wisdom and tender loving voice has been waiting for.

Now the fight with himself is done, Kendrick’s now ready to get back to what he came for.

His war is now to end to wars his hood’neighborhoods are having.

How Much A Dollar Cost

One of the most powerful message of this album, and another milestone. Following “Hood Politics”, Kendrick acts as one selfish wealthy person.

This song refers to the myth of gaving some to a begging homeless as he could be an angel, actually, in the song, he’s God.

This refers also to the last verse of the unreleased song ‘Untitled’: “A piece of mines, that’s what the white man said”

“Every nickel is mine to keep” confirms again this idea.

What is more, the reference to Exode 14, is the best illustration.

This relates Moses begging Pharaoh for his people freedom, but Pharoh keeps his heart harden, and refuses.

Same here, in the song, the whole 2nd verse shows how Kendrick, acting someone selfish, hardens his heart. 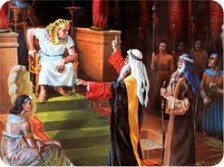 Complexion is the perfect way to introduce the mighty message in Blacker the Berry.

These two tracks are, with King Kunta, the most explicit expression of Blackness, Unapologetic Blackness, in this album,

Which is, once again, a Black Portraiture in itself, even though, it doesn’t exclude any other ethnicity (cf Fuck Your Ethnicity?)

You Ain’t Gotta Lie – I (Love Myself)

Complete opposite of U, and much brighter and lighter than Blacker The Berry, after all this fight, all these wars, all these trips,

This is eventually the victory song; This is the final phase: the four corners of the cocoon have collided ; a Butterfly is born.

This s the conclusion: starting the album by “Every Nigga Is A Star” and

Staying true to yourself and loving yourself shall help in dogs days.

The title of this songs reminds again that Kendrick, despite his genius,

Despite his powerful message he was intrumentalized to provide, despite his potental and difference,

He’s no more than a mortal man, a human being, never far from making a mistake.

By the way, the irony is that, as beautiful as a Butterfly can be, it never lives too long.

Finally the conclusion with Pac is the perfect conclusion of his mission. Remember, he made songs like “Hiii Power”

Because he dreamt of Tupac telling him to continue what he has started. So, since Section 80, through GKMC,

To Pimp A Butterfly is one of the greatest achievement in the Hip Hop original culture: a conscious message of peace, love and justice

You may enjoy reading